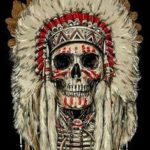 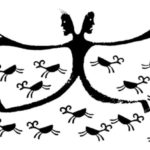 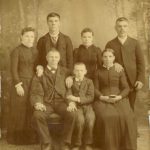 In this seasons second Halloween celebratory program – Jack “The Agnostic” Garcia recites two Native American ghost stories and tells the Tales of an Indian renegade serial killer and a German immigrant family who headed West in order to murder their way across the prairie.  First off its  The sacred spectral story from the Sioux nation – The Man who was Afraid of Nothing – in which four ghostly skeletons decide to wager and try to scare The Bravest Man alive – trying to make him shiver, runaway and hide.  Next its a ghostly tale from the Cheyenne peoples – The Double Faced Ghost – in which an unhappy and immensely tall ghost falls in love with a beautiful maiden – and tries to convince  her family to let him make her his wife.  Then its the story of The Renegade Queho – a serial killer that terrorized the Southwest for 30 years – and who would meet an unusual and grisly fate.  And last but not least its The story of the wild west’s first serial killer family – The Benders . German immigrants who headed west in order to carve up a piece of the American dream. 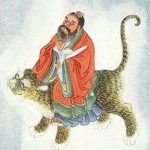 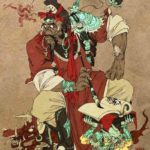 In the first of the seasons GRR Halloween celebrations – folklorist and mythologist extraordinaire, Jack “The Agnostic” Garcia  examines The Dao. A great indigenous philosophical system that over the centuries took on the character of a religion absorbing many of the popular Chinese mystical cults , and its relationship to the supernatural and uncanny.  First off its a historical overview of Daoism / Taoism  as the Imperial court of the Emperors becomes filled with astrologers , Holy men, shamans and alchemists – who seek to make contact with the spirit world and the realm of  the Gods.  Next up, its the role of the Daoshi (The Daoist / Taoist Clergy) who spend decades mastering the mystical arts, learning how to cast protective spells and talismans and how to subdue and expel evil spirits and demons.  Then Jack takes a look at  renegade Daoshi who via the use of Yao-Shu (filthy magic) transform themselves into sorcerers and necromancers.  Commanding such evil and  legendary monsters / weapons as the Kulou Yuan Ling a type of gigantic Chinese Golem brought into being with the corpses of 100 men who died horribly.  And last but not least, its The Bai Gui Yexine – the night parade of spirits , ghouls , creatures and devils – an ongoing supernatural event that happens in a different city each and every night.