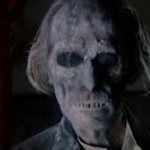 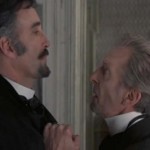 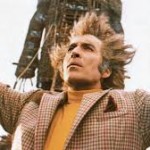 Jack “The Agnostic” Garcia concludes the epic 4 part GRR mini-series by examining the great acting duo’s final decades. As the Hammer dominated Gothic horror film era begins to fade away ,the two talented thespians output in genre films begins to slow down. Disappointed with the Dracula series and disgusted with the butchering and shelving of his fine performance in the now classic The Wicker Man (1973) , Christopher Lee begins to drift away from genre films in favor of supporting roles in big budgeted action and adventure films. While Peter Cushing continues to work in the dying Gothic genre until his diagnosis with prostate cancer and his very busy retirement . Lee would then have a major acting renaissance in the last 15 years of his life working on the second Star Wars trilogy, The Lord of The Rings movies and appearing often in cameo roles for director Tim Burton. While also starting a new career as a Heavy Metal performer. Jack gives in depth analysis on yet another amazing batch of movies – 26 films including – The Creeping Flesh (1972) – Tales From The Crypt (1972) – Frankenstein and The Monster From Hell (1973) – The Wicker Man (1973) and To The Devil a Daughter (1976) among many others. 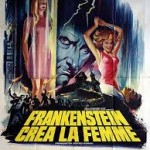 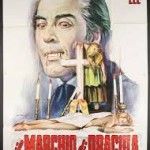 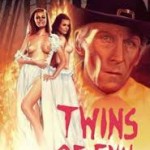 In the third installment of GRR’s epic 4 part miniseries, Jack “The Agnostic” Garcia examines their most prolific period (1965-1971). During these years Peter Cushing brings the beloved BBC television character Dr. Who twice to the big screen, continues to play the role of Baron Von Frankenstein and stars in a slew of British thrillers and horror movies. While Christopher Lee continues to play the evil criminal mastermind in the ongoing Fu-Manchu series, begins an extensive collaboration with Spanish director Jesus Franco and dons the Dracula cape for Hammer films in a biting 1-2-3 movie punch. Jack gives in depth and extensive analysis on an amazing 29 films -including such classics as -Frankenstein Created Woman (1966) , Dracula Has Risen From The Grave (1968) , Frankenstein Must Be Destroyed (1969) , Taste The Blood of Dracula (1969) , The Vampire Lovers (1970) , The Scars of Dracula (1970) and Twins of Evil (1971).