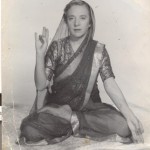 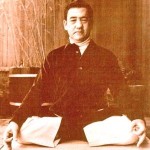 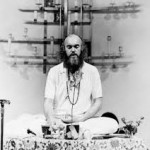 In the conclusion to GRR’s epic 2 part mini series – Jack “The Agnostic” Garcia examines yogic practices in the west during the 20th century and beyond. First up , as the new century dawns interfaith / interspirituality pioneers continue to translate sacred Sanskrit and Buddhist texts into English , and a modified version of Hatha yoga becomes part of the health and fitness craze then sweeping the United States. By the late 1940’s – the tree of yoga flourishes in the new soil of North America as yogi Indra Devi brings meditation / breathing exercises , postures and poses to the Hollywood movie stars , who need to keep in shape and long for spiritual fulfillment. Then yogic master, Richard Hittleman starts his own daily yoga TV show that forever changes what yoga was thought to be in America and how it was to be taught. Jack also examines the sitar explosion , as George Harrison becomes fascinated with Hindu spirituality is introduced to yoga and transcendental meditation. Convincing the rest of The Beatles to travel to India seeking enlightenment and divine inspiration. Next up, its Harvard research psychologist – Ram Dass , who disillusioned with psychedelic drugs travels to the Himalayas and encounters a type of Hindu saint and is spiritually transformed composing a best selling book – Be Here Now – that tells of the stories of various yoga styles and schools. Paving the way for the New Age spirituality movement and Yoga’s mainstream acceptance by turning his spiritual quest into a lifestyle. 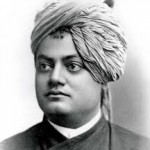 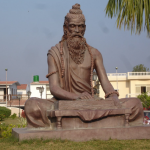 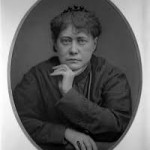 In part 1 of a special 2 part program – Jack “The Agnostic” Garcia examines the ancient spiritual and religious roots of the healing art of yoga. First off its yoga’s mysterious origins in the sophisticated Indus valley civilization of northern India circa 5000 years ago , and the mysterious semi-mythical figure Pantanjali. Who sometime between 400 BC – 200 AD synthesizes the various Indian spiritual traditions of yoga, composing the Sutras. A text that formalizes the theories and methods of the healing art (chants, mantras, meditation – etc.).
Next Jack gets into the Chakras , energy channels found within the body that the practice of yoga can activate and amplify. Jack also explores the link between the postures and poses of modern Hatha yoga and pre vedic Tantric sacred sexuality (Kundalini yoga). Sacred serpent energy that rises up through our bodies via the chakras networks – when we engage in prolonged sexual activity (yoga sex magic). And last but not least it’s the arrival of yoga in the United States during the late 19th century. As Madame Blavastsky, a cigar smoking , free thinking hefty Russian immigrant helps to translate ancient Sanskrit text into english – paving the way for the modern interfaith / interspirituality movement. While Swami Vivekananda travels to the 1893 Chicago Worlds Fair (The White City) and is a  big hit with the crowds , bringing yogic practice to the USA and planting the seed for yogas acceptance into the mainstream of western society.