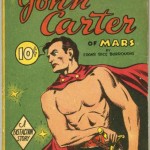 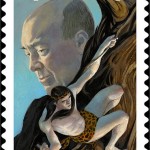 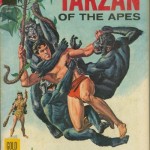 Jack “The Agnostic” Garcia a noted authority and expert on pulp fiction magazines, golden and silver age comic books and early science-fiction/ fantasy literature, examines the life, legend and literary legacy of the great Edgar Rice Burroughs, the biggest selling author of the 20th century. Blessed with a vivid imagination and a gifted storyteller, Burroughs created a timeless and complex multiverse of adventure that still enthralls millions of readers to this very day.
In part 1 of a 2 part program, Jack examines in depth Tarzan, the lord of the jungle- one of the greatest of all fictional characters that would become known and loved all over the world. Jack also explores Burroughs feverish tales of swashbuckling daring do, The John Carter on Mars series of books , erotic and exotic interplanetary romantic adventures that are often scientifically outrageous but always memorable and entertaining. Next up it’s the Hollow Earth / Lost World series of novels, The Pellucidar Books, in which a 20th century adventurer carves out an empire for himself in a hidden land where time has stood still and dinosaurs and cave people continue to roam the Earth. 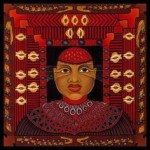 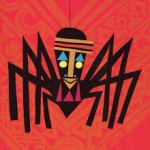 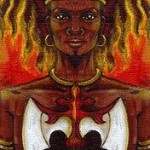 In the second installment of GRR’s epic mini series Jack “The Agnostic” Garcia, an expert folklorist and mythologist continues his examination of the sacred  stories of the mother continent. First off its the tale of the greatest warrior king of the Yoruba peoples (Nigeria) , Shango who leaves mortality behind and eventually becomes a God.  Then its the story of the first Mambo King , Mwetsi from Zimbabwe, who helps create the human race but is then ritually slain in order to ensure the continued prosperity of the land. Next its stories about animals, including the Mantis the most sacred animal of the Kalahari bushmen and the trickster Hare a resourceful character that would travel with the West African slaves into the  American south and be come transformed into Brer Rabbit. Then its four sacred stories about Anansi , from the Ashanti peoples of Ghana, a mortal trickster who is so clever that he even tricks the High God himself ,but one day goes too far and is given a well deserved divine comeuppance.  And last but not least -Jack examines the most celebrated trickster figure in African mythology , the West African deity known as Eshu – a restless spirit with an all consuming hunger to create chaos and disorder.