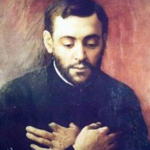 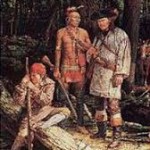 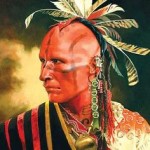 In part one of a two part program, Jack “The Agnostic” Garcia a Eucharistic Minister of the Holy Sacrament in the Roman Catholic Church examines the great and tragic story of the Mid 17th Century Jesuit missionaries of Canada. Whose effect on tribal culture was every bit as profound as the fur trade , European diseases and warfare. The French sponsored by the Catholic Church -ventured along the great white North’s lakes and rivers and the lure for commerce and profit was linked to the saving of souls. The Jesuits Christianize the Huron tribe who would soon disappear as a distinct political and cultural entity, with a type of cultural metamorphosis taking place. But the powerful Iroquois Confederacy then begin to muscle in on the Huron Fur Trade monopoly and the grisly guerrilla style Beaver Pelt Wars began. 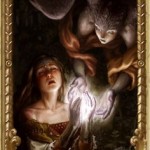 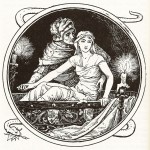 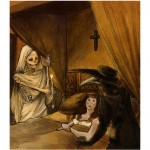 Jack “The Agnostic” Garcia who is often referred to as the “Heavy Metal Joseph Campbell”  continues to play storyteller reciting three obscure adult Fairy Tales from the vast collection of Wilhelm and Jacob Grimm. In the first story The Girl With No Hands – a variation of the Faust legend that originated during the early Roman/Christian era and then spread into the folklore of the Germanic and Norse peoples. An impoverished Miller must chop off the hands of his beautiful and pious daughter in order to avoid being taken down into Hell and that is just the beginning of the story. In the second tale – The Three Snake Leaves – a young hero encounters war, love, death, resurrection and betrayal in a Fairy Tale that is so ancient that scholars cannot agree about the stories time and place of origin. Last but not least , Jack recites a Momento Mori story from Medieval Spain called – Godfather Death- a tale that traveled with the Spanish Conquistadors into Mexico and slowly spread across Latin America. As the Reaper of souls becomes The Godfather to the 13th male child of an impoverished Farmer and transforms the young man into a great healer but at a very high cost indeed. 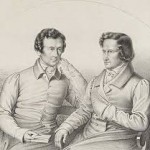 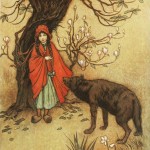 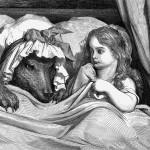 In the milestone 150th GRR program, Jack “The Agnostic” Garcia a noted expert folklorist and mythologist continues his in depth study of the lives and literary works of Wilhelm and Jacob Grimm. In part 2 of 3, Jack examines The Brothers Grimm endless struggles with extreme poverty, social and class prejudices and their involvement in radical socialist politics- a dangerous activity within a feudal minded and aristocratically ruled Germany – a divided nation made up of over 200 petty kingdoms. During an amazing almost 50 year cycle , The Brothers (working alone and together) wrote and published many influential and far reaching texts , not only in folklore but also on a great variety of scholarly subjects – becoming living legends in the process. Jack also plays storyteller and recites the uncut and adult versions of 2 Grimm Fairy Tales – Little Red Riding Hood AKA -Little Red Cap – a cautionary tale filled with sexual innuendo and lurid violence that was once told to young girls as they entered womanhood . The Devil’s Smelly Brother – a variation on the Faust Legend that is virtually unknown, outside of the Bavarian Forests of Germany.