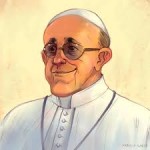 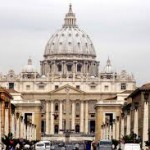 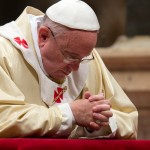 In the season 7 premiere, Jack “The Agnostic” Garcia a Eucharistic minister of the Holy Sacrament in the Roman Catholic Church, examines the amazing life and work of Father Jorge Mario Bergoglio (Pope Francis) Born to middle class Italian immigrant parents in the suburbs of Buenos Aires, this vicar of Christ has worked endlessly to alleviate the suffering of the poor and neglected of our society. Since his ascension to the throne of St. Peter, Pope Francis has become a leading spiritual figure to not only Catholics but to all people of good will. Like the pontiffs of centuries past, Pope Francis wields not only spiritual authority but growing political power and this servant of God has ambitious plans to reform not only the Vatican, but the savage Global economy that is leading humanity towards the path to self destruction.