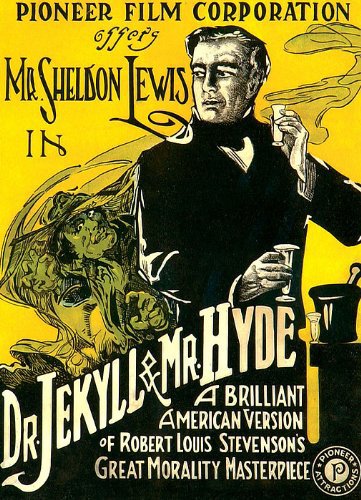 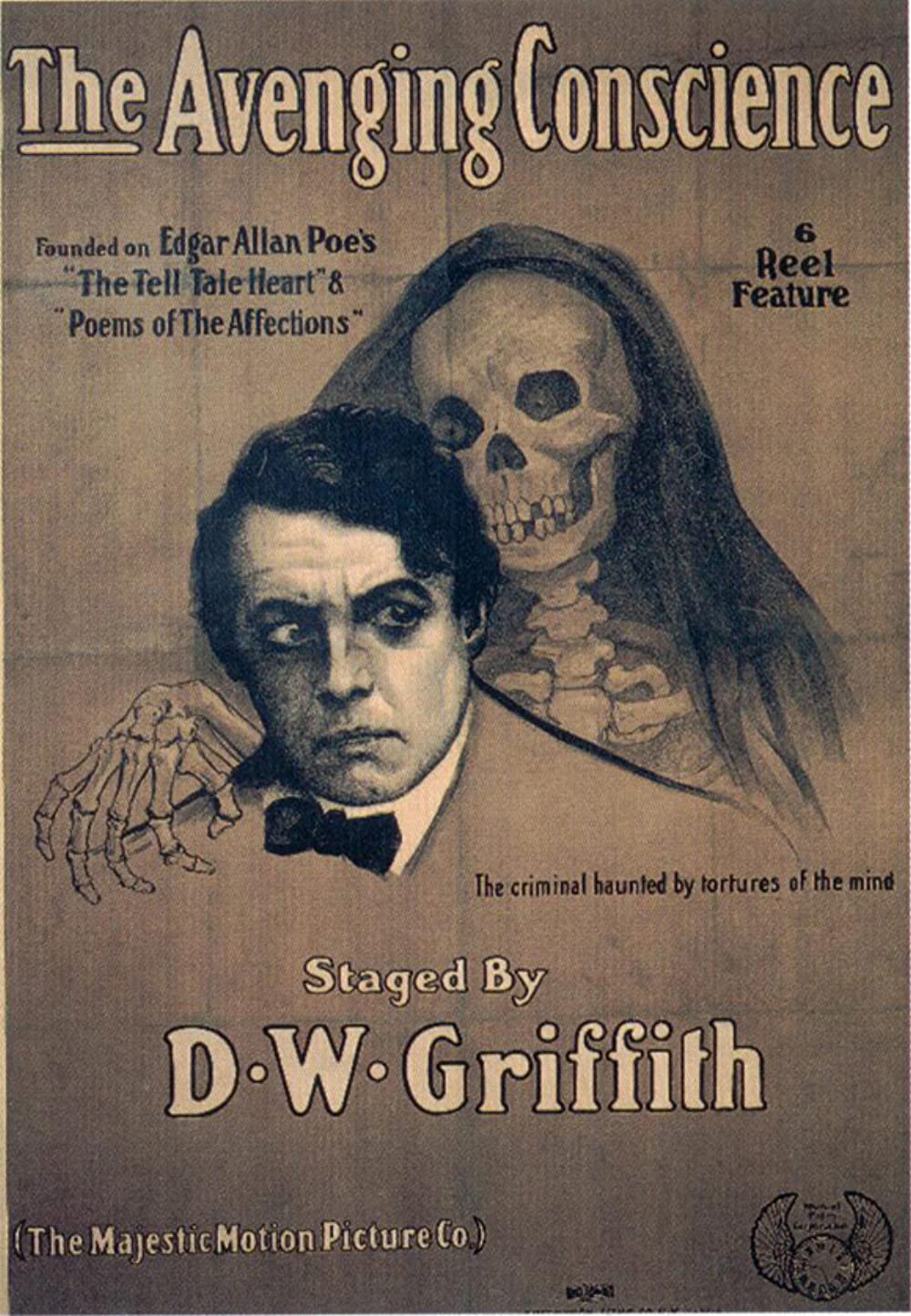 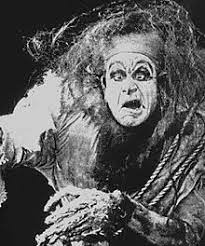 In the conclusion to GRR’s highly acclaimed mini series , Jack “The Agnostic” Garcia dissects some of the lost classics and forgotten gems of the American silent era. First off, its the favorite American motif of man into monster, as speculative scientists transgress into God’s domain and pay a high cosmic price for their spiritual and intellectual curiosity. Then its the serials that held the suspense in limbo each week, teasing the spellbound viewer about the next thrilling episode. Rich in imagination and atmosphere , the chapter plays made great use of elaborate sets , fast paced action and the paraphernalia and iconography of mysteries , melodramas and thrillers. And last but not least its the brilliant but controversial father of film, D.W. Griifith and the great directors little known contributions to the horror film genre, a masterful adaptation of an Edgar Allen Poe short story, a flawed but highly influential haunted house spoof and the ultimate , transcendent Mephistophelian melodrama. 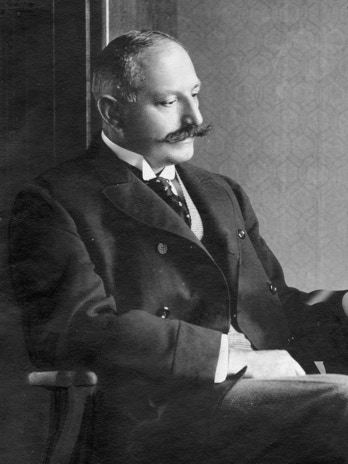 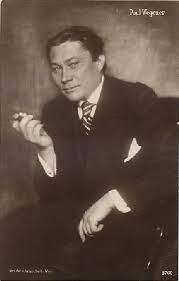 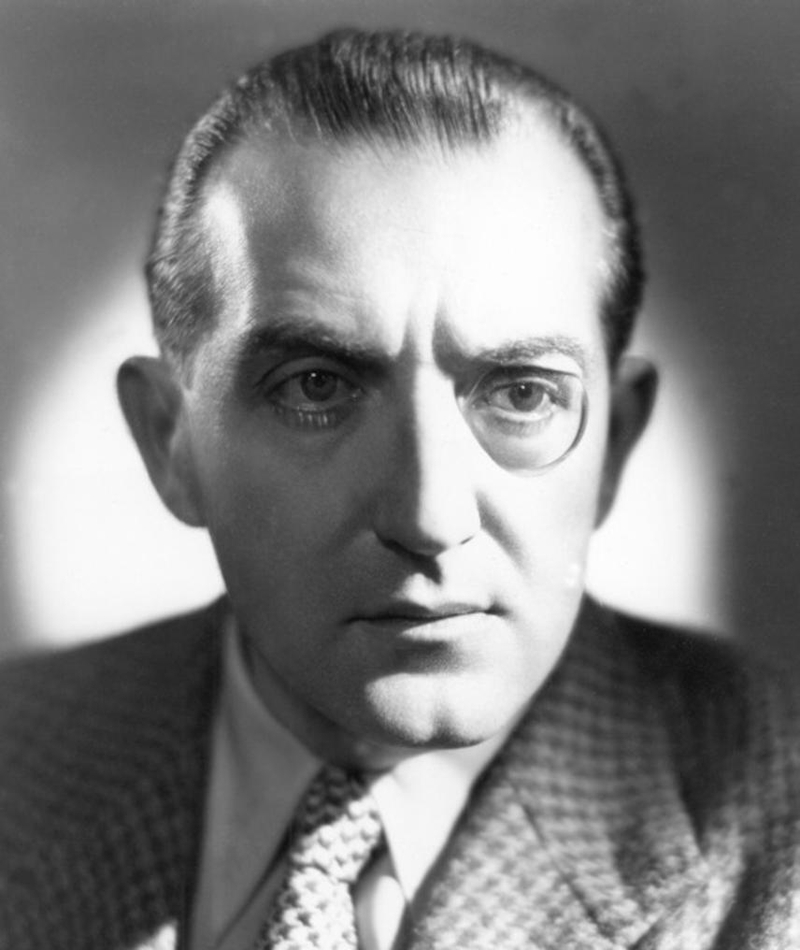 Jack “The Agnostic” Garcia continues his in depth analysis of the formative years of the horror film , this time out its Germany before the arrival of Expressionism as an artistic style. First off, its the beginnings of the film industry in Deutschland and the neglected inventor/genius – Oscar Messter. Who crafts a poetic and lyrical cinematic translation of a medieval Scandinavian legend combining melodrama and romanticism. A style that continues to influence filmmakers all over the world to this very day. Then its the most confusing and complex production history ever, as two rival producers release two seperate versions of a Sherlock Holmes serial (The Hounds of the Baskervilles) at the very same time- sparking off a box office battle that would last for years.  Then its the theme of the dopplerganger or double and the remarkable career of Paul Wegener – (actor,writer,producer & director) . Whose bulky presence ignites an intellectual gauge of talent in the German film industry. With The Golem films be becomes the first master of the celluloid supernatural since Melies. Up next, its two prolific years (1917/1919) in the astounding film legacy of Fritz Lang, a wounded W.W. I vet who while convalescing from battle wounds decides to try his hand at screenwriting. These early Langian movies contain elements that would become familiar to his cinematic mold, like a speculative hero, Asian mysticism , psychic powers and a somber atmosphere. And last but not least , its the Medieval Germanic folk tale of a beautiful woman who is born without a soul and delights in luring men to their doom with her dark sexual powers. This ancient legend is modernized for the screen first in 1918 and then filmed again and adapted. 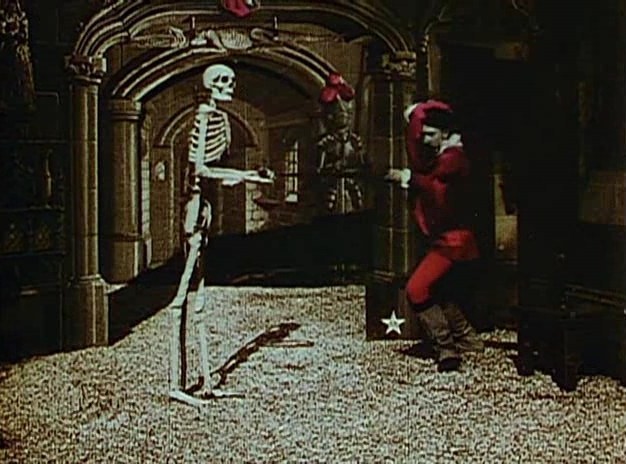 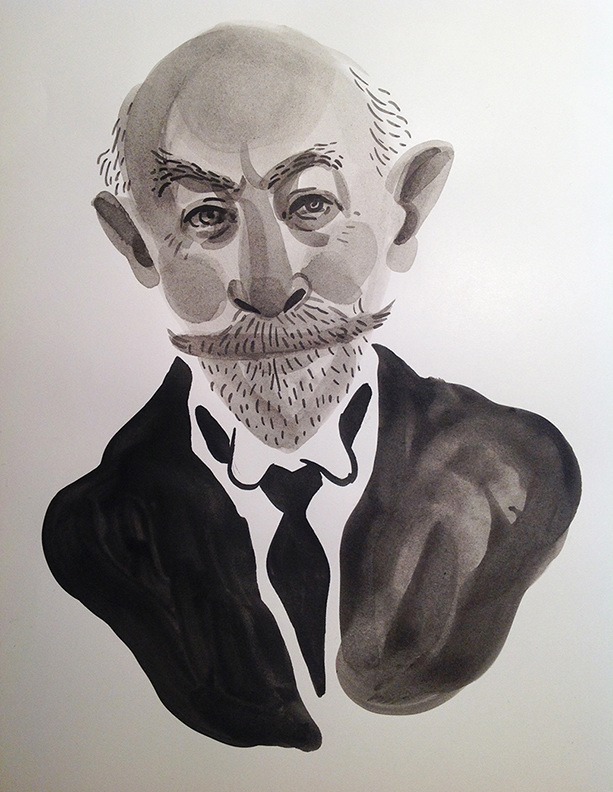 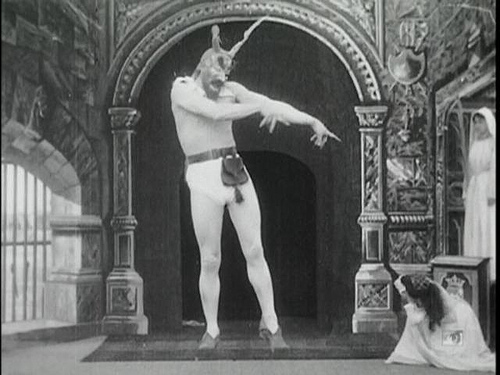 A noted film historian and a lover of genre movies, Jack “The Agnostic” Garcia examines the first 25 years of the horror film (1896-1919) . A special and fascinating era in which the first steps toward cinematic art were taken by imaginative cinematic pioneers . And what are considered traditional themes, sources and motifs were imaginatively developed with an almost supernatural speed. First off its George Melies a magician from the theatrical world who seizes upon the brand new scientific apparatus of the movie camera and incorporates into his act. He no longer needed a theater to conjure up his trickery , since the world was now his audience. Melies would become the first cinematic master of the supernatural and his influence would be massive and world wide. Next up, as audiences grew more sophisticated , films grew longer and sets ,ore elaborate, the horror film would take its place in the cinematic universe . As the French silent horror film matured – film makers would draw inspiration from classic literature (Hugo & Poe) , legends , folk tales and fables. As well as the rapid and remarkable advancements in science, medicine and technology – and explore such themes as Beauty and the Beast and Darwin’s theory of Evolution.