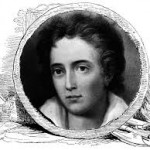 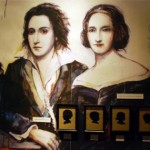 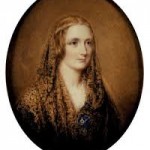 Jack “The Agnostic” Garcia continues GRR’s celebration of the upcoming 200th anniversary of the Haunted Summer of 1816, and examines the lives ,legends and literary legacies of Percy and Mary Shelley. These young , gifted , eccentric and tragedy filled lovers would become the outcasts of English society by living their lives steeped in idealistic radical socialist politics ,drug induced mind expansion and sexual experimentation-150 years before the arrival of the hippie movement. Jack gives in depth and descriptive analysis of Percy Shelley’s amazing poetry and dramas, prose and verse filled with lyrical power that was often layered with symbolism, allegory and a macabre sense of humor that linked beauty with the strange. Jack also takes a look at not only the writing of The Frankenstein novel , but also examines Mary Shelley’s lesser known but stupendous literary works , obscure short stories and novels that are infused with striking originality and complexity. You won’t find this on public television , cable networks or satellite radio , only on GRR. 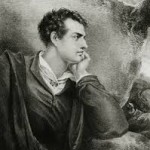 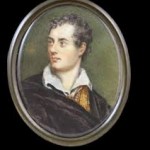 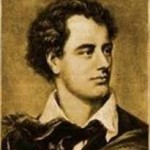 In one of his most complex and entertaining programs Jack “The Agnostic” Garcia celebrates the upcoming 200th anniversary of The Haunted Summer of 1816, a pivotal moment in the history of English literature that produced not only the first modern Vampire story but the Frankenstein mythos. In part 1 , Jack examines the life and legend of the poet laureate of Hell- Lord Byron who in his vice ridden melancholy filled life produced immortal poetry and dramatic works that are still read by millions all over the world. Jack gives descriptive analysis of Lord Byron’s many dark moods, and kinky activities including his short but intense love affair with fellow gifted writer – Lady Caroline Lamb, as well as his incestuous sexual relationship with his half-sister Augusta which produced a daughter ,and forced Lord Byron to leave England and never return. Jack also gives in depth analysis of the poet’s many great literary works -including such classics as – Childe Harold’s Pilgrimage, The Bride of Abydos,The Corsair,The prisoner of Chillon,Manford,Beppo,Mazeppa, Don Juan, Cain, Heaven and Earth and many more. You wouldn’t find this on public television, cable networks or satellite radio – only on GRR.
6 tracks hit forward to advance