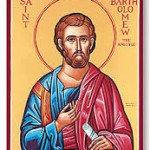 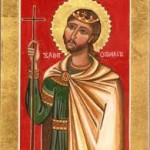 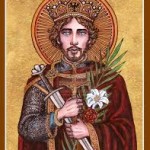 Jack “The Agnostic” Garcia dodges the stiffling 100 degrees temperatures and bad electricity in order to present the 6th volume in the popular and ongoing GRR series. This time out Jack examines the controversial life and legend of St. Bartholomew, the most obscure and mysterious of the 12 Apostles of Christ. The Apostle/Saint travels to the east where he exorcises demons, cleanses temples, cures the sick and converts a King before meeting his grisly demise. Next up its the lives and legends of two medieval monarchs and martyrs (St. Wenceslas of Bohemia and St. Oswald of Northumbria)- whose adventures and struggles for political and religious power resembles an episode of the popular HBO television series Game of Thrones.
8 tracks hit fwd to advance 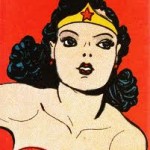 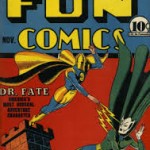 In part 2. Jack “The Agnostic” Garcia continues his in depth analysis of the origin and evolution of such beloved D.C. Golden Age costumed crime fighting Superheroes as The Green Lantern, The Flash, Hawkman, Aquaman and the original comic book superhero team up – The Justice Society.  Jack also gets into the creation of The Wonder Woman character by a kinky Psychologist who turned the pages of the comic book Amazonian Princess into a type of bondage a-go-go, with endless images of Fetish gear attired damsels in distress.  And finally Jack examines the late Golden Age Western craze and Sci-fi boom, and the introduction of the comic book code authority in 1954.