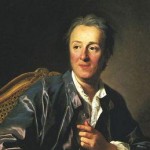 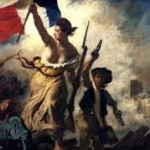 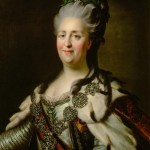 In the third installment of the highly praised, epic mini series Jack “The Agnostic” Garcia examines the lives, legends and legacies of two more great intellects from the Age of Reason, Denis Diderot and Catherine The Great. First off its Diderot – the true organizing genius of The Enlightenment who managed to unite scores of the most radical and rebellious intellectuals of the era in the creation of the most characteristic product of the Age of Reason , the 35 folio volume encyclopedia. To Diderot education was the pathway to the divine, and when you improved your mind – you also improved your soul. Next – its Catherine The Great, Empress of the Russian Empire , who with the help of the powerful Eastern Orthodox church – deposes her husband , the mad Peter 3rd, then rules Russia successfully for 34 years. An intelligent , ambitious, energetic and sexually aggressive woman , Catherine’s long reign would be a type of battle between the ideals of The Enlightenment and the social, economic and political realities of the vast Russian Empire. An empire that  was built on the foundation of ignorance, fear , violence and the oppression of its people. 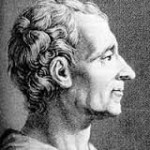 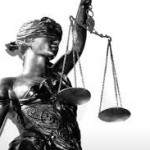 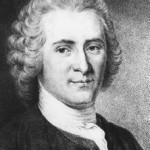 In the second installment of GRR’s groundbreaking three part series on the Age of Reason, Jack “The Agnostic” Garcia examines the lives, legends and literary legacies of the philosophers and satirists Montesquieu and Jean Jacques Rosseau.  First its the high born Montesquieu who with his classic – Persian Letters, lampooned sexuality, the Catholic church, the Pope and the French monarchy. His magnum opus , The Spirit of The Law , profoundly  influenced European and American political thought , to Montesquieu – the divine was to be found within a type of cross cultural , universal law – a natural law given to us by God that defended the rights of all humanity.  Next up, its  Jean Jacques Rosseau, who was a composer of music as well as a writer on  economics , philosophy and spirituality. To Rousseau , humanity had been corrupted by society and civilization and the pathway to the divine was to be found within the voluptuousness of nature. A type of intoxication of the soul that set the spirit free and brought it closer to God. 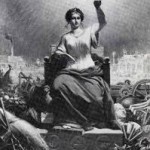 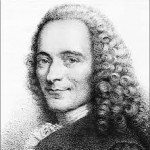 Jack “The Agnostic” Garcia a noted social historian puts his own unique spin on the great intellectual movement of the 17th and 18th century, The Enlightenment in which ideas concerning reason, nature, humanity and God were blended into a world view that inspired radical and revolutionary developments in Western civilization. Contrary to popular opinion many of the great thinkers from the Age of Reason were not atheists or even agnostics and they may have rebelled against organized religion but actually held deeply spiritual beliefs and had their own sweeping ideas about God and the divine . First off Jack presents a historical overview and examines the work of John Locke – The Father of Liberalism, the initiatior of the Enlightenment in England and France. Next, it’s the life, legend and legacy of Voltaire whose lampoons of powerful political systems and liberal religious opinions caused an uproar all over Europe. Voltaire was a witty crusader against tyranny and bigotry – a man of the people who felt that defending the rights of humanity was the true Spirituality and the road to the divine. 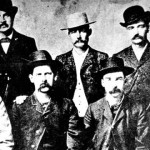 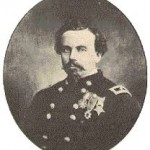 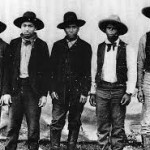 In the third installment of GRR’s popular series, Jack “The Agnostic” Garcia examines the bloody range wars of the late 19th century. A battle for survival between the ultra poor homesteaders and settlers against the mighty ,mega wealthy cattle barons of Montana and Wyoming. A class driven conflict in which the big ranchers hired mercenary armies of thugs and killers in order to protect their interests while the homesteaders were forced to grab their weapons and protect themselves. Next up , Jack recites the legend of the unholy King of the Scalphunters, John Joel Glanton – a diabolical monster who made his fortune collecting the scalps of Mexicans and Native Americans. Crazy as a rabid dog , Glanton blazed a twisted and violent trail through the southwest. Then Jack tells the sad story of the Buck Gang , a well armed group of mixed race teenage boys , who one day are harassed by a racist deputy sheriff , setting into motion a legendary criminal rampage across Oklahoma and Arkansas.
7 Tracks hit forward to advance