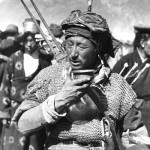 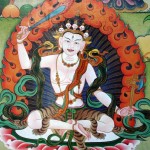 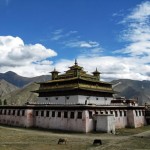 Jack “The Agnostic” Garcia continues the tragic story of Tibet , as the 20th Century begins and the mighty British Empire flexs its muscle and armed with machine guns and artillery invade the Holy City of Lhasa. Slaughtering tens of thousands of Tibetan defenders armed only with medieval swords and lances. Jack also examines the era of the great World Wars as neutral Tibet’s thousands of monasteries pray endlessly for Allied victories and a US army cargo plane crash lands near the Holy City , causing an angry mob to riot by committing unintentional blasphemy. Last but not least, Jack gives an indepth “You are There” style analysis of the Chinese invasion and its aftermath including the destruction of Tibet’s many monasteries, the desecration of sacred works of Art , and  the mass genocide of the Tibetan people. 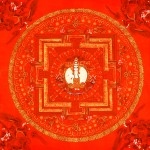 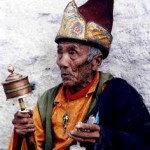 In the first part of GRR’s epic Tibetan trilogy, Jack “The Agnostic” Garcia examines the geography and ancient origins of the mysterious, mountain fortress-like nation. As well as the shift from the cannibalistic,shamanistic and devil worshiping indigenous Bon religion with its imperialist leanings and plans of empire building to the more  gentle message of Buddhism. Jack also explores the withdrawal of Tibet during the Middle Ages into centuries of isolation, the beginnings of the Dalai Lama Theocractic system of government ,and the use of such sacred items as prayer wheels, prayer flags and the Tibetan rosary. Last but not least Jack examines the little known story of the 19th centuries British colonial Hindu spies who traveled in caravans disguised as holy men and pilgrims -creating a secret, covert map of Tibet and whose military intelligence would eventually lead to the end of Tibet’s centuries of isolation, forcing the mysterious mountain country to begin diplomatic relations with the West.