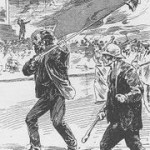 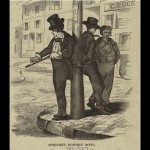 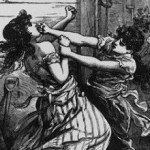 Jack “The Agnostic” Garcia a noted social historian finally concludes GRR’s epic Old New York City Trilogy – a series of programs begun during the first season (#14 – The Triangle Factory Fire) and continued in the third year (#39-The Golden Age of Coney Island). The impoverished working class immigrants of the Lower East Side of Manhattan lived lives that were filled with poverty, squalor and corruption. An existence that was a daily and desperate battle for survival in the most densely populated ghetto ever known in the City of New York. In the early 19th Century,from this despicable environment the street gangs emerged . Criminal groups that were among the weirdest, wildest and wackiest to ever roam the streets. Jack examines the facts and legends of such versatile , cunning and crafty street gangs as The Dead Rabbits , The Plug Uglies, The Bowery Boys , The Swamp Angels, The Whyoos, The Eastmans , The Car Barn Gang and many, many more!