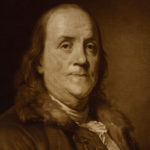 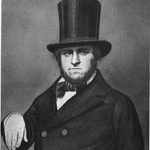 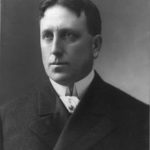 With tongue firmly in cheek, Jack “The Agnostic” Garcia examines the roots of fake news and some of the past masters of mass media manipulation.  First off, its founding father and printer’s devil – Benjamin Franklin , who immensely enjoyed concocting fake news stories to mischievously harass his publishing competitors, confound the British during wartime and shine a light on his own progressive social theories.  Then its bally-hoo publisher Benjamin Day who creates a new kind of newspaper designed for the masses filled with lurid reports of crime, sex and scandal combined with outlandish fabricated fairy-tale like yarns presented as factual news.  Next up its the cultivator of mystery and the macabre in fiction – Edgar Allan Poe , who in desperate need of cash crafts his own fake news story. An imaginative tale about a balloon crossing over the Atlantic ocean that causes a sensation but does little to alter the course of his tragic fate.  And last but not least, its the Granddaddy of yellow journalism , mega wealthy media mogul – William Randolph Hearst , who ruled over a vast journalistic empire and had no problem inventing evidence or fabricating proof of stories that would either sell more newspapers or advance his own economic and political agendas.