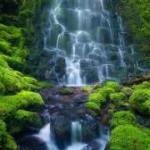 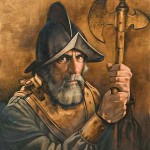 In Part 1 of a special 2 Part program, noted social historian Jack “The Agnostic” Garcia examines the dense and tangled jungle of tall trees that comprises the majority of the timber growing on Planet Earth, produces most of the world’s oxygen and houses many unique species of plant, insect and animal life. Jack presents an amazing geological and historical overview of the Amazon region from it’s formation millions of years ago to the arrival of the indigenous human population who originally lived along the river in complete isolation for thousands of years but move deeper inland into the Rainforest as Spanish and Portuguese navigators and explorers invade the Amazon in a quest for gold. Claiming the land for their Kings, countries and for their faith, Christianity. Jack also examines the communal lifestyle , rituals and ceremonial cannibalism still practiced by some of the most isolated tribes and who live much as they did thousands of years ago, having little or no contact with the outside , modern world.