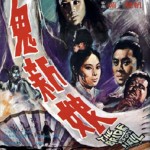 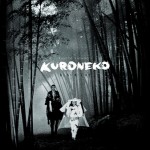 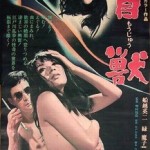 In the second installment of GRR’s special two part program – Jack “The Agnostic” Garcia continues his analysis of Japanese horror films from the 1960’s – this time out focusing on movies produced during the years 1967 – 1971.  As flower power and psychedelia hit the shores of Japan, the Japanese horror film would change dramatically.  While traditional horror films based on Japanese folklore, Shinto-like supernatural beings, Kabuki ghost stories and samurai warrior legends would continue to be produced – a new and disturbing sub genre known as The Pinky Film would soon dominate the industry.  Influenced by S&M, soft core pornography and Euro Arthouse horror movies – the disturbing, highly sadistic and misogynistic  psycho-sexual Pinky film would be very popular with Japanese audience but sadly would also signal the decline of the Japanese horror film.  Jack examines 19 films including such classics as- The Bride from Hell (1968) , The Snow Ghost (1968) , The Living Skeleton (1968) , Kuroneko / Black Cat (1968) , The 100 Ghost Stories (1968) , The Blind Beast (1969) , The Night of The Vampire (1970) and Lake of Death (1971).