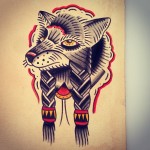 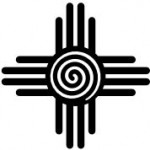 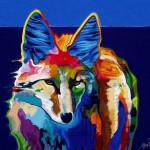 In part 2 , Jack “The Agnostic” Garcia plays storyteller and recites four trickster tales of coyote from the White Mountain Apache peoples (aka The Yava Pai Apache nation). Two sacred stories that are suitable for teens and two twisted tales that are for adults only. First off , its Turkey makes the corn and Coyote plants it – a fable about the beginnings of agriculture as turkey and bear shake many different fruits, nuts and seeds from their bodies. And coyote then decides to plant corn seeds that will soon grow strong and tall ,but of course gets involved in cheating , stealing and mischief. Next up, its Coyote steals the Sun’s Tobacco – an adults only, twisted trickster tale of thievery and deceit ,in which coyote gets his sticky fingers on the Sun’s tobacco but refuses to share any with his neighbors. So the Apache people devise a clever gender bending plan that will get them coyotes stash and also teach the trickster a lesson he will never forget. Then its two stories about Coyote’s misadventures among the white settlers – Coyote fights a Lump of Pitch – in which the trickster gets fooled by a scarecrow fashioned out of pitch and caught in a trap like a fly inside a spider’s web and must quickly figure away out of it (or else!). And last but not least , its another adults only twisted trickster tale – Coyote gets rich off The White Men – in which coyote runs rings around the local white authorities by running away with a fancy and well provisioned horse and then figuring out some very outrageous ways to swindle both the local towns people and the American soldiers that are hot on his trail.