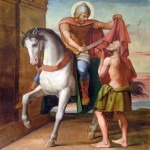 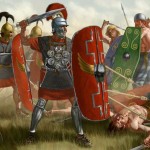 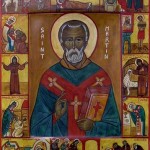 Jack “The Agnostic” Garcia, a Eucharistic minister of the Holy Sacrament in the Roman Catholic church examines the life, legend and legacy of the great St. Martin (The glory of Gaul). Born into a pagan Roman military household circa 340 AD , Martin is drawn to Christianity at a young age but is compelled by his father (a highly decorated imperial officer) to join the army. The future Saint never shirks his military duty but becomes a most unusual soldier , living more like a Monk than a soldier. One night, Martin dreams of Christ and transforms into a conscientious objector, refusing to brandish a sword or kill the enemy. Imprisoned for his beliefs but eventually discharged from military service, he pursues his religious calling and soon gains a reputation as a Holy Man and Miracle Worker. Rising to the office of Bishop, Martin plants monasteries all over Gaul and during an era of great religious conflict and slaughter, he always remained true to his ideals of charity, mercy, tolerance and non-violence. 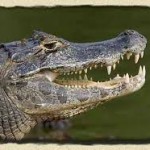 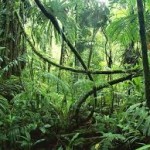 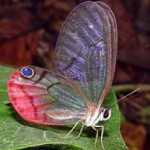 In the conclusion to GRR’s Special Two part program, Jack “The Agnostic” Garcia examines the rich and diverse cornucopia of living things that all struggle for survival deep inside the Amazonian jungle. First off, it’s the complex and strange trees and mysterious shape shifting vines that bend and stretch with an amazing alacrity that makes them seem almost human. Next up, it’s the unique and dangerous fish that inhabit the waters of the Amazon and the deadly snakes that slither across the soil floor. Then it’s the many creatures that have developed their own camouflage and unique cryptic colorizations, vivid colors and patterns that are as effective as a neon sign. Jack also examines the real danger of the Rainforest – the vicious insects that fill the air and swarm over every vine,leaf , fruit , flower and tree. The smallest creatures that have the greatest power to torment, torture and destroy.