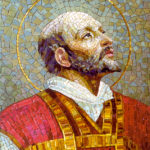 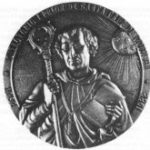 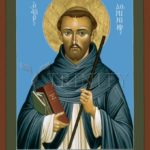 Jack “The Agnostic” Garcia continues his examination of the unique and diverse cultural and spiritual heritage of the Iberian peninsula.  In part 2, the Visigothic Christian kingdom falls to the invading Muslim Moors and the Arabs then with their vast knowledge in the arts and sciences create the most sophisticated civilization west of Byzantium. A highly literate society far in advance of the rest of Europe.  Meanwhile back in the christian north , a monk in Galicia stumbles upon the body of St. James sparking a religious revival and the rise of knightly orders.  Monastic warriors who push consistently southward as the reconquest of Spain transforms into a holy war. Jack also examines the lives and legends of four Spanish saints from the 11th and 12th centuries St Eneco/Inigo , St. Dominic of Silos , St Isidore the Farmer and St. Theotonius.  Holy men who lived their christian faith and prayed for Peace, tolerance and forgiveness in an age of suffering and Death. 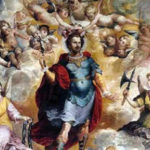 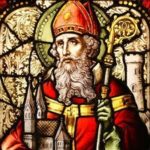 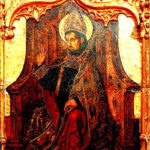 In a special 2 part program , Jack “The Agnostic” Garcia examines the land of his ancestors , Spain and the Iberian peninsulas richly diverse cultural and spiritual heritage. First off – its a historical overview of the many different societies that thrived on Spanish soil (the indigenous Iberians , The Celts , The Phoenicians , The  Tartassians , The Greeks , The Romans and The Visigoths).  The Goths , Scandinavian barbarians and Arian Christians  defeat Rome and the Latin church, then settle into Spain in the hopes of building a Germanic – Iberian – Arian Christian society. The elemental conflict between the two different Christianites (Arianism and Catholicism) is highlighted by the sacred story of St. Hermengild.  A Visigothic Arian prince who converts to Roman christianity and whose courage and faith soon sparks off a series of mass conversions among the visigoths.  And Last but not least – its the zenith of Hispano-Visigothic Roman Catholic civilization ,cultural achievements showcased within the historical tales of St. Isidore of Seville  and St. Braulio of Barcelona. Vastly educated men of God who preached tolerance and forgiveness in an era of great oppression and violence.