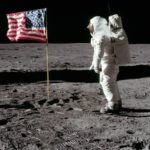 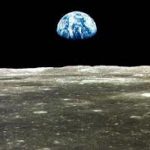 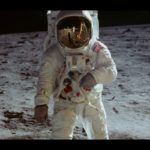 In the second installment of GRR’s epic 200th program – Jack “The  Agnostic” Garcia examines spirituality in outer space , and in a descriptive step by step “You are there” segment – joins the crew of the Apollo 11 moon mission as they brave the cosmic void. First off, its the coexistence of science and spirituality in space as some of  the astronauts who venture into the vast unknown sea of stars begin to find their thoughts turning towards the divine.  The other worldly experience of space exploration becomes mystical and transcendent – deeply touching their souls and changing their lives forever.  Next up, Jack travels back to July 1969, when the United States was at the peak of its ingenuity, power and technological innovation.  As the team of space cowboys at NASA are about to undertake humanity’s greatest scientific achievement.  The hazardous voyage into outer space and a landing on the Lunar surface – transforming a cherished dream and literary fantasy into a reality. 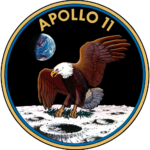 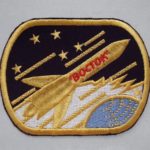 In the milestone 200th GRR program – part 1 of a special 2 part show celebrating the 50th anniversary of The Apollo 11 moon landing. Jack “The Agnostic” Garcia an expert on early science fiction and the pulp magazines charts the long history of the lunar voyage in the genres of speculative fiction. From it’s beginnings as satire – a way to lampoon traditional political, scientific, social and religious values, flights into outer space accomplished via flocks of birds , gargantuan springs, gunpowder, balloons and demon powered spacecrafts. To the more realistic and scientific portrayals of the lunar voyage written as the imminent possibility of spaceflight draws nearer and nearer.  Jack also examines some of the great moon landing movies including the works of George Melies , Fritz Lang , George Pal and Stanley Kubrick.  Next, its the often neglected contribution of the Soviet Union to space exploration.  As the Russians ignite the space race and kick America’s butt for years until a series of disasters and tragedies (kept secret for decades) turn billions of rubles into dust and ashes, causing the Soviets to lose momentum and fall behind.