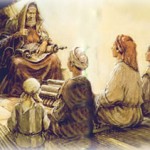 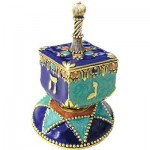 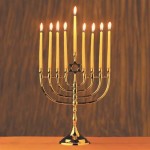 Jack “The Agnostic” Garcia examines the origin, history and celebration rituals of the Festival of Lights (Hanukkah). In the 2nd Century BC, the Maccabees (an old priest and his 5 sons) emerge as the leaders of the Jewish resistance against the mighty (Greek/Syrian) Seleucid empires , deadly religious persecution and political oppression. The Maccabees were skilled in both warfare and diplomacy establishing a ruling dynasty over an independent Jewish state that would last until the arrival of Pompey and the Roman Legions. Jack also examines the Hanukkah celebration itself from the flickering Lights, Blessings and hymns . to the Dreidel games and yummy fried foods. 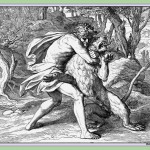 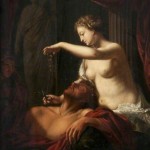 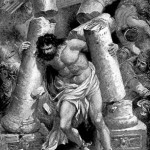 Jack “The Agnostic” Garcia examines the story of Samson, the long haired strongman whose tales of enormous strength are found in the Book of Judges (chapters 13-16). Who doesn’t know the stories of Samson, who slays a lion with his bare hands, carries off the gates of the city of Gaza on his shoulders and is deceived by the beautiful Delilah. Shamed and chained by the Philistines, Samson finally brings down upon himself and his enemies the vast Temple of Dagon in a final heroic act of divine vengeance. Jack digs deeply into the biblical text, folkloric tradition, archaeological evidence and the history of the time of the Judges and the cruel but highly sophisticated Philistine civilization.
8 tracks hit fwd to advance.