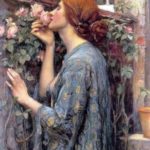 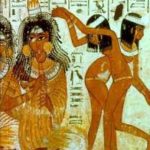 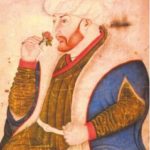 Jack “The Agnostic” Garcia examines the healing art of aromatherapy and essential oils. Ancient remedies and techniques that have become transformed into one of the fastest growing forms of alternative medicine. First off, its a spiritual, medicinal and historical overview of aromatherapy’s use in antiquity. As the Egyptians, Greeks, Romans, Arabs, Vedics and Chinese keep their pharmacies well stocked with precious essential oils that serve both the living and the dead. Then its the slow Dark Age reintroduction of aromatherapy into European medical systems and their sacred use in religious rites and rituals , folk magic and as a remedy for the deadly plagues that ravaged the Medieval countryside.  Next up , its off to France and the birth of the modern perfume industry which coincidentally sparks off the evolution and development of modern aromatherapy.  As  apothecaries , pharmacists , physicians and scientists investigate the value of essential oil healing techniques and utilize them in both wartime and private medical practice.  Then Jack examines 17 essential oils and their spiritual, medicinal and historical significance. Including such sacred oils as Frankincense and Myrrh , Florals like Lavender and Rose.  Wood oils like Cedar and Sandlewood, herbs and spices like Ginger and Peppermint, and last but not least citrus fruit oils like Orange and Lemon.