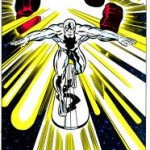 In the second part of this year’s Summer Spectacular – Jack “The Agnostic” Garcia showcases the Marvel Comic book Superheroes of The Silver Age (1960’s). Jack provides in depth and detailed analysis of the origins and early adventures of such popular Marvel characters as Ant Man,  Spiderman, The X-Men, The Fantastic Four , Mighty Thor, The Incredible Hulk , Iron Man , Daredevil, Doctor Strange  and his personal favorite – The Silver Surfer. During the Silver Age Marvel would overtake DC Comics (the titan of the industry) in both prestige and popularity- capturing a new audience of older teenagers and college students – who viewed the Marvel comic book as a new art form. 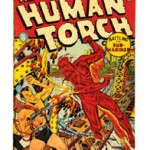 This years annual Summertime show is a two part spectacular on the evolution of Marvel Comic book superheroes of the Gold and Silver ages. In the first segment, Jack “The Agnostic” Garcia gives in-depth and detailed analysis on the origins and adventures of such classic WW II era characters as the original Human Torch, Namor the Submariner and the super patriot -Captain America as well as the artists and writers that created them.
5 tracks hit fwd to advance 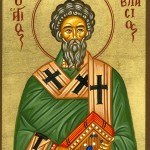 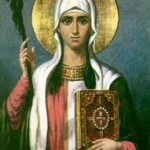 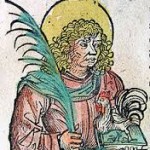 This time out Jack “The Agnostic” Garcia recites the tales of the Sicilian boy Saint- Vitus, the great healer of mind, body and soul – St. Blaise , who is still invoked in Churches all over over the world in a ritualized ceremony. The 40 Martyrs of Sebaste, a group of Roman Soldiers who chose to die together rather than renounced their faith in Christ. And last but not least… the beautiful St. Riphsime and her consecrated Virgin companions- St. Gianna and St. Nino – who became the first Martyrs in the Armenian Church and Apostles to the Ancient Kingdoms of Georgia.