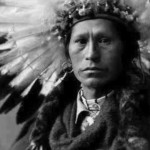 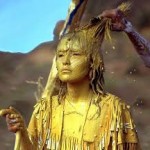 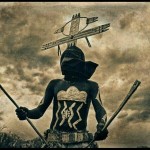 Folklorist and mythologist extraordinaire – Jack “The Agnostic” Garcia – continues the popular and ongoing series of programs on Native American myths and legends. This time out its sacred stories from the Apache peoples. First off, its a historical and cultural overview of the Apaches and their almost 300 year uninterrupted bitter and relentless battle against the Spanish, Mexican and Anglo Americans settlers in order to avoid confinement , enslavement and genocide. Next, Jack examines the Apache religion and their spiritual way of life including their Mountain Gods and supernatural beings , the importance of lightning in their faith and the practice of witchcraft. Then Jack recites two Apache sacred stories , The Jicarilla Genesis – in which the entire world is covered in water and the people and animals live underground. Until one day they venture upward into the sunlight and the surface of the Earth. And last but not least its a White Mountain Apache tale about how the knowledge of curing and healing ritual and ceremony came into being. 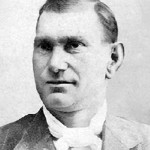 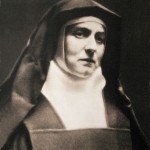 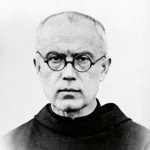 Never one to shy away from controversy, Jack “The Agnostic” Garcia examines the tragic but glorious stories of three martyrs/saints from the World War II era who were canonized by Pope John Paul II. First off , it’s a historical overview of the saint making process and the rules and regulations involved inside the congregation of the causes of the saints , the official background checkers in the Vatican. Next up, Jack examines the Spanish Civil War, an extremely bloody conflict that was a type of warm up for W.W. II and featured the involvement of Mussolini , Hitler and Stalin’s totalitarian governments. Then it’s the story of Ceferino Jimenez Malla, a Spanish Gypsy who dies before a firing squad rather than renounce his faith in Christ. Jack also tells the tale of two martyr/saints that met their deaths at the hands of the Nazis , inside the extermination camp at Auschwitz in Poland. Raymond Maximilian Maria Kolbe , a Roman Catholic Priest who was filled with great faith and spiritual courage and chooses to die in the place of another prisoner (a man he did not even know). And last but not least , its the controversial spiritual figure Edith Stein , a highly intellectual Jewish woman who converts to Christianity and becomes a Carmelite nun , but sadly also falls victim to the satanic Third Reich.