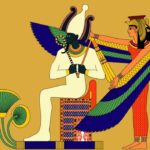 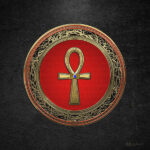 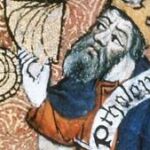 First off , its the many roles and guises of the great Goddess in Egyptian culture, spirituality and religion – including her links to the Ankh (The Looped Cross) and her function as the patroness of sages and magicians. Next up, its the multicultural Ptolemic dynasty who view religion as the key to their integration policy. The Ptolemys assimilate local deities to Hellenistic ones and fuse their prayers and hymns together and Isis acquires a universal character – The all goddess or Isis pantheon. then its the Roman Empire ,where the Cult of Isis becomes a major religion and her divine promises of salvation and eternal life are absorbed and reintergrated into the new concepts and contexts of Christianity.