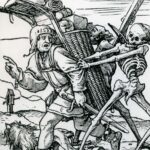 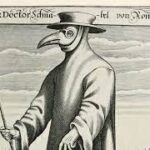 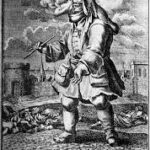 Recorded live at the break of dawn on the Riegelman Boardwalk in historic Coney Island , GRR yet again travels where others fear to tread as Jack “The Agnostic” Garcia examines The Black Death epidemics that plagued western civilization on and off for centuries.  A cataclysmic, apocalyptic event that in its wake acted as a type of stimulus for massive religious , economic , technological and social changes. Jack draws parallels between the catastrophic events of the past and the Covid 19 pandemic currently raging across the planet – need we say more folks! 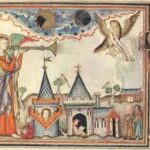 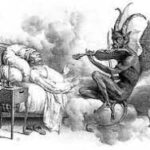 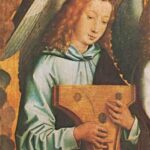 First off,its the ancient Shamans who surrounded by the sounds of nature link their music to the voices of spirits and deities in order to establish a supernatural connection. Then its the first Great Civilizations (Mesopotamia and Egypt) whose priests would chant hymns,prayers and incantations with a harp and drum in order to calm the hearts of the Gods. Next, its The East – where the magical power of sounds were thought to be transcendent and the key to celestial harmony. Then its the Israelites who influenced by their exposure to other cultures chant and sing to biblical passages. Up next, The Greeks and Romans who utilize music as an essential link to the divine rites and rituals of their Gods. And the Christians who at first consider all music the work of Heathen Gods then later use music as a way to open up the heart to pious feelings and bring the light of truth to the soul. And finally its the flip side of the coin as throughout history dance and dance music was considered to be diabolical and dangerous , filled with a malevolent power that can seduce or destroy humanity.