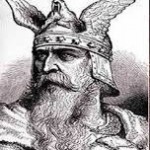 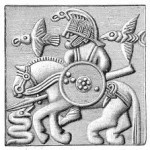 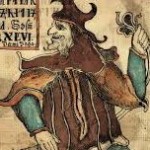 A first rate historian and mythographer , Jack “The Agnostic” Garcia examines the world of The Vikings and their many complex deities.They came from the cold and hostile Northern lands and these ferocious Pagan warriors were eager to conquer, setting towns and villages on fire or putting them to the sword.  Disembarking from their squared sailed Dragon Ships, they pillaged monasteries, raped nuns and desecrated churches. For three centuries the Norsemen ravaged the entire Western world , but would eventually settle down and covert to Christianity (the religion of their enemies).  Jack gives an insightful history of The Vikings and intimate descriptive details of their many Gods and Goddesses (Odin, Thor, Freya -etc). 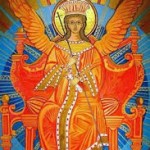 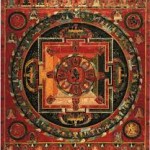 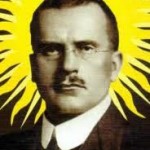 Jack “The Agnostic” Garcia examines the life and work of the mystically inclined -Carl Gustav Jung. A child genius, Jung read widely in Philosophy and Theology, drawing inspiration from his pagan/spiritualist mother and Protestant minister father – he would question the nature of God, religion,spirituality and the human soul. As an adult, Jung studied mental illness and became the collaborator and most likely successor to Sigmund Freud, but would break from his mentor over Freud’s lack of spirituality , and insistence on the sexual nature of neurosis.  Branded a mystic and shunned by his peers, Jung would then take an amazing and complex inner journey into his own unconscious mind – formulating controversial theories on such subjects as spirits , dreams, symbols and Christianity. Linking the ancient art of alchemy to the divine feminine (Sophia) and the New Testament – God of Love , Jesus Christ.