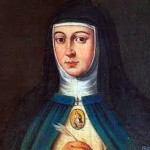 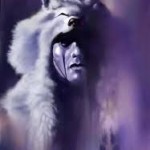 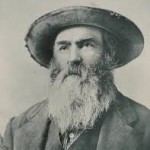 For this years Halloween celebration, Jack “The Agnostic”Garcia travels back to the bygone days of The Wild West and recites three miraculous, supernatural and macabre stories that were once told around the light of the campfires by grizzled prospectors weary cowboys and native americans alike. First off, its The Lady in Blue – a miraculous tale of a young 17th century Spanish nun ( Maria de Agreda) who each and every night goes into an ecstatic trance while her soul travels across the Atlantic and appears as an apparition descending from the sky to several Native American tribes. Gently urging them to summon the priests and become baptized into the one true faith. Next up, its the tongue in cheek cautionary supernatural story from the Blackfoot nation of the Northwest, The Manwolf – a tale of an aging brave who cannot control his two wives. His young and pretty wives are unfaithful and plot to kill him , but things don’t work out as they had planned as the aging brave  becomes transformed into an angry shapeshifter seeking revenge. And last but not least , its the macabre true story of the legendary mountain man Jeremiah Johnson. A much different tale than the one told in the sanitized 1972 Robert Redford film. For Johnson was both a serial killer and a cannibal whose troubled mind snaps after the grisly murder of his beloved wife. The original american man of vengeance , Johnson fought a one man war against the entire Crow nation, not only killing hundreds of Crow warriors but also feasting on their livers. 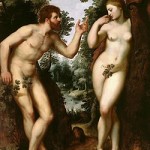 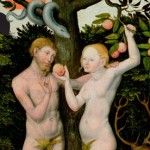 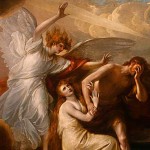 In the conclusion to GRR’s ambitious and acclaimed mini series The War in Heaven, Jack “The Agnostic” Garcia (AKA The Heavy Metal Joseph Campbell) examines Adam & Eve in Jewish Myth and Islamic lore and continues GGRs amazing mind movie – The Angelic Rebellion. First off, its our ancestral parents (Adam & Eve) in Jewish mysticism and Islamic legend. Sacred stories about their creation and wedding that are beautiful and descriptive , and often parallel each other – opening the eyes of our imaginations. Next up, its the third and final installment of Jack ‘s amazing theater of the mind representation about the legendary celestial confrontation between the forces of light and the forces of darkness found within the Holy Books of the three Abrahamic religions. As Satan slips past the guardian angels posted at the gates of The Garden of Eden , enters the body of a serpent and seduces Eve with promises of wisdom, knowledge and power. A seduction that brings Sin and Death into the world, and causes The Fall of humanity from the grace of God and the expulsion of Adam & Eve from Paradise and the loss of our innocence forever. 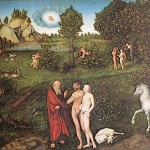 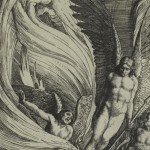 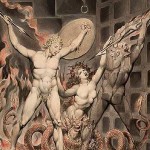 Jack “The Agnostic” Garcia continues GRR’s ambitious and epic miniseries / mind movie , as the fallen angels awaken after a nine day fall through the realm of chaos to find themselves swimming in a lake of fire and survey their new home (Hell). Satan’s pride and thirst for revenge remains undiminished as the fallen angels plot their spiteful guerrilla war against God in a devious plan to spoil The Garden of Eden and cause the fall of humanity. But first Satan must convince Sin and Death to join him , and let him pass through the gates of Hell. A type of inter dimensional portal that is the only pathway to Earth. Next up, Jack examines The Garden of Eden and our ancestral parents (Adam & Eve) in both the Old and New Testament, as well as the writings of the early church fathers .