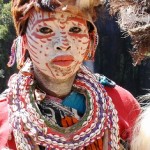 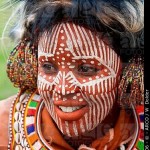 In celebration of Black history month, folklorist and mythologist extraordinaire – Jack “The Agnostic” Garcia recites three trickster tales from the African continent. First off it’s a story from the Luo people called The Trickster ‘s Encounter – in which spider and hare , two good friends who also happen to be rivals travel to the stars in order to meet and greet spider’s future parents in law, creating lots of mischief and magic along the way. Next its a story from the Kikuyu tribe called One Trick Deserves Another – in which a rich man’s wife is fooled by a clever individual into slaughtering her husband’s beloved calf. The husband then departs home hell bent on performing some trickery of his own. And last but not least its a trickster tale from the Azande people called – Ture Outwits The Rich Woman – in which a man who is often so clever he is nicknamed The Spider, decides to taunt and tease a wealthy woman and her beloved dogs by stealing her food again and again.