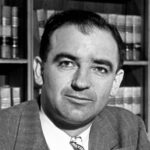 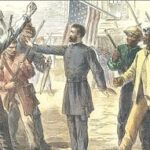 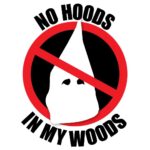 To help celebrate this strangest of years independence day (July 4th) , Jack “The Agnostic” Garcia debuts a new ongoing GRR exclusive series exposing the steaming soft-white underbelly of American history. First off, its the venomous senator from Wisconsin – Joe McCarthy . A heavy drinker with a trumped up war record who manages via a series of anti-communist speeches to become a media darling and one of the most powerful men in Washington . “Tailgunner Joe” , wielded his sword of power like a vengeful , angry God and took special delight in destroying countless peoples lives in the process.  Next up, its a historical overview of post Civil War reconstruction in the south, as progressive republicans in congress attempt a noble but ultimately failed experiment to ensure the civil and political rights of freed African Americans. An experiment that hoped to build a more equiltarian society amidst the ashes of a war ravaged nation.  And last but not least … its the perverse history of America’s very own home grown white supremacist terrorist organization – the klu klux klan . Jack chronicles the unholy path of this fraternal order of bigoted thugs over the course of 150 years. As they spew their venom across the decades and sometimes even manage to bring their hateful ideology into the halls of government and houses of worship.