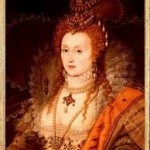 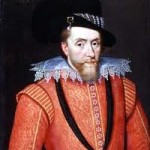 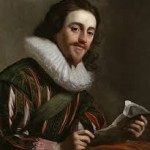 In the conclusion of the epic 3 part series, Jack “The Agnostic” Garcia continues his tongue in cheek, in depth analysis on the religious turmoils and political shenanigans in not to Merry Olde England. First up, it’s the reign of the Virgin Queen (Elizabeth I) whose rule begins in a progressive, religiously tolerant manner, but after the Battle of Wills for dominance of the British Isles- with Mary Queen of Scots deteriorates into an intolerant and tyrannical Queendom. Next, it’s the Stuart Kings, James I – who fills his court with pretty young men and whose openly gay lifestyle alienates his allies the Puritans. Jack also examines the rise of Puritan General Oliver Cromwell and the English Civil War, Europe’s final religious military conflict that will lead to the abolition of the monarchy and the execution of King Charles I. And last but not least the restoration of the Royal Family under Charles II, a King who loved pleasure -had dozens of mistresses and filled his court with drunkenness and debauchery , plus the short reign of his brother James II, who attempts to turn back the clock and return England to Catholicism and the authority of the Pope. 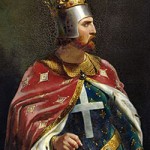 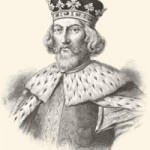 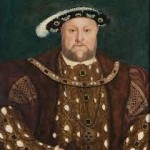 In the second installment of the epic three part series, Jack “The Agnostic” Garcia continues his informative and entertainingly tongue in cheek in depth analysis of the religious turmoils and political shenanigans in not so Merry Olde England . This time out, Jack travels back to the lusty days of the very macho and bisexual King Richard The Lionheart’s military misadventures in The Holy Land. Then the mismanagement of the Kingdom of England, by the manic depressive and lecherous King John – which causes Baronial rebellion and the drafting of The Magna Carta. And finally the battle of wills between the arrogant, overweight, bipolar and always horny King Henry VIII against the brilliant writer/philosopher and highly principled St. Thomas More.
7 tracks hit fwd to advance 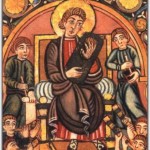 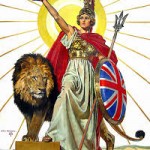 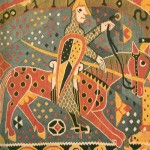 With tongue firmly in cheek, Jack “The Agnostic” Garcia provides in depth and entertaining analysis of the religious turmoils and political shenanigans in not so Merry Olde England. In part one of an epic three part series , Jack examines Pagan Anglo-Saxon warrior culture, the conversion to Christianity, the Norman conquest, the early Norman kings of England and the murder in the Cathedral of Thomas Becket. You won’t find this kind of descriptive details (with all the juicy and naughty bits left intact) on satellite radio or cable television networks, only on GRR.