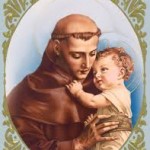 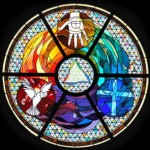 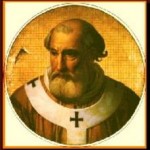 In the season 7 finale , Jack “The Agnostic” Garcia , a Eucharistic Minister of The Holy Sacrament in the Roman Catholic church, examines the amazing life , legend and legacy of the Iberian Saint who is often thought by many to be of Italian origin.  Born and baptized Fernando Martins, in the late 12th century to a wealthy , powerful and influential noble Portuguese family, the often sickly and pint-sized future saint becomes strongly attracted  to the simple evangelical lifestyle.  Joining the Franciscan order , Anthony soon rises very high indeed, becoming the lector/reader of the divine scriptures to the Franciscans , as well as envoy to Pope Gregory IX.  At the height of medieval political turmoil, religious wars, heretical movements and The Inquisition – St. Anthony would often stand alone against the injustices and corruption of the ruling elite, the super strong and the mega-wealthy – proving himself to be the true spiritual successor to the blessed Saint Francis of Assisi. 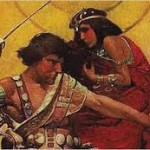 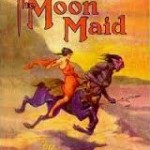 Jack “The Agnostic” Garcia continues his in depth analysis of the life, legend and literary legacy of the great Edgar Rice Burroughs. In part 2, Jack examines the author’s series of adventure novels that take place on the planet Venus, in which spaceman Carson Napier blasts into the heavens in a rocket torpedo of his own design and pierces the mist laden cloud covering of Venus encountering a semi-civilized world of vast oceans, dotted with great islands that are inhabited by both bestial races and more intellectually inclined ethereal , angelic beings. Jack also explores some of ERB’s lesser known and obscure works that have been forgotten or ignored by both fans and literary scholars including The Moon Maid, in which the first manned spaceship to reach the lunar surface discovers a hidden world of a very domineering and flying women who plan on conquering the Earth. As well as the little known and hard to find novel Beyond 30 / AKA -The Lost Continent , a sardonic view of the 22nd Century in which America is an isolated fortress of civilization while Europe and Asia are now vast jungles comparable to darkest Africa and are ruled by a beautiful but barbaric Queen of the forest.Last but not least , Jack goes in depth into the John Carter on Mars / Barsoom series of novels , in which ERB’s virtually invents the heroic fantasy sub genre with his romances of Martian exotica. Books whose influence would be as far reaching on Sci Fi /Fantasy literature as anything created by Jules Verne or H.G. Wells.
4 tracks hit forward to advance