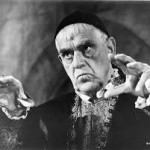 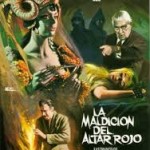 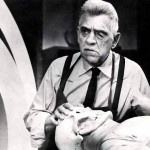 In the conclusion to our epic 3 part Halloween Special, Jack “The Agnostic” Garcia continues his informative and entertaining in depth analysis on the Horror and Science Fiction Film legacy of the ultimate character actor/movie star , Boris Karloff. The aging thespian simply refused to slow down or stop acting and in the 1950’s Boris returned to the Gothic horror melodrama and worked feverishly in the new medium of Television. In the 1960’s , Karloff would star in a series of comedic horror film parodies and managed to be involved in several experimental, daring and controversial films (The Sorcerers 1967 ,Targets 1968) that would receive critical acclaim and become enduring Cult classics.
Nine tracks hit fwd to advance. 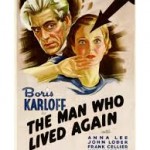 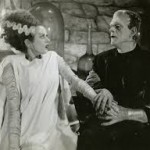 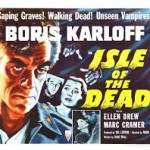 In the 2nd part of our epic triad of Halloween Specials, Jack “The Agnostic” Garcia continues his definitive analysis on the horror and Science fiction films of the great character actor/star, Boris Karloff. From the making of “The Bride of Frankenstein” (1935), perhaps the most witty and handsomely produced horror movie ever made, to Karloff’s series of evil genius, mad scientist roles in the late 1930’s and early 1940’s. Jack also examines the 3 film collaborations with R.K.O producer Val Lewton (1945-1946), which created a new type of psychological and sociological horror film.
7 Tracks hit Fwd to advance. 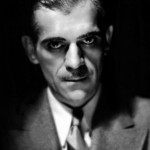 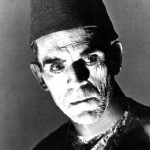 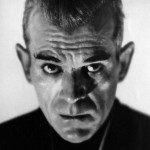 A noted archivist and film historian, Jack “The Agnostic” Garcia examines the life and legend of the tall, hollow-eyed and lisping actor who has managed to achieve a type of cinematic immortality in the dark chambers of movie audiences minds for generations to come. In part 1 of a 3 part program, Jack provides in depth analysis of Karloff’s early years, from his start in various Canadian traveling acting troupes, to his emergence as a bit role player and silent screen villain in the 1920’s and his rise as the ultimate character actor/star in the early 1930’s with classic roles like  Frankenstein’s Monster and The Mummy. 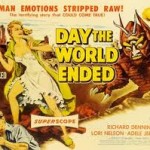 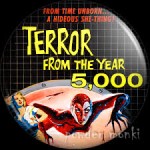 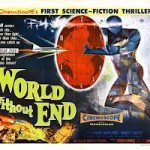 In the final installment of our epic series of programs on early Cold War era science fiction films , Jack “The Agnostic” Garcia – a noted archivist and film historian, examines the Post Nuclear War survivor cycle of movies. Jack provides in depth analysis on such themes as the Atomic Holocaust as a type of second Genesis , and the new pastoral that will bring humanity back into rhythm with God and nature. Films include the seminal -Five (1951) , the campy cult classic – The Day The World Ended (1956) , the groundbreaking – The World, The Flesh and The Devil (1959) , the optimistic time travel opus – World Without End (1956)  and the little known Sex crazed and pessimistic – The Terror From The Year 5000 (1958).