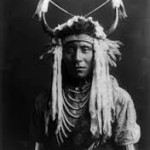 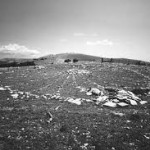 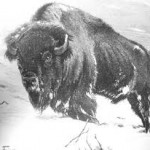 Folklorist extraordinaire, Jack “The Agnostic” Garcia continues the popular and critically acclaimed series with two sacred stories from the Blackfoot peoples. First off, Jack presents a historical overview of the Blackfoot – the most powerful Indian nation north of the Missouri, whose lands stretched from Montana into the upper regions of Alberta and Saskatchewan . Including the use of Shaman Stones known as the Iniskims – that had the power to call the massive Bison herds and the Medicine Wheel – a type of circular rocky connection to both the natural and supernatural world. Next up it’s a Blackfoot sacred story about tobacco called the sacred weed which tells of the origins of the plants ritual and ceremonial uses. Last but not least it’s another Blackfoot tale about the origins of the horse called Orphan Boy and The Elk Dog. In which a heroic outcast finds the courage to bring the strange and wondrous animal that serves the great spirit of a mysterious lake back to his people, changing their lives forever.
Six tracks  hit forward to advance. 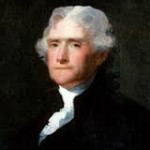 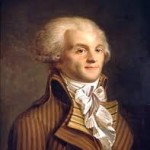 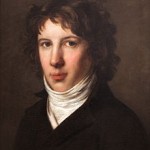 In the finale to GRR’s epic and critically acclaimed mini series, Jack “The Agnostic” Garcia examines the brilliant but flawed intellectual giant, Thomas Jefferson and the rebellion that attempted to bring the ideals of The Enlightenment to the world, The French Revolution. First up, it’s the living embodiment of the American paradox, Thomas Jefferson – lawyer, farmer , architect, philosopher, scientist and a slave owner who also opposed slavery, Jefferson was branded an atheist by the press but in reality was a spiritual man who kept his deep spiritual feelings hidden from the public. An admirer of the moral virtues of Christ, he compiled his own unique version of the New Testament, expunging all things supernatural from the text in the hopes of using it as an educational tool. Next, its the insurrection of the common people against the abusive rule of the French monarchy that shook the world between the years 1789 to 1799. At first a rebellion that held the grand narratives of the Enlightenment as sacred, The French Revolution would ultimately degenerate into a bloody Reign of Terror. As the Jacobean extremists – Robespierre and St. Just (who were disciples of Rosseau) began to redistribute the wealth of the aristocracy to the poor and sentenced thousands of the nobility (men, women and children) to death on the guillotine.
5 tracks hit forward to advance.