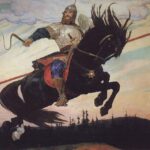 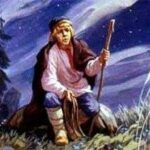 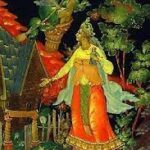 In the conclusion to the very popular fist installment of GRR’s mini-series , Jack “The Agnostic” Garcia examines some of the many great characters that inhabit the multiverse of Slavic Myth and Legend. First up its Ilya Muromets – a type of Slavic superhero with links to the ancient Pagan Gods of lighting, thunder and war. He rides a flying horse and destroys malevolent monsters with his magic bow and arrows . Then its Ivan The Fool – who reflects the ancient theme of ancestor worship and acts as a guardian of family traditions. He is rewarded with a magical horse of his own and a chance to win the hand of the Czar’s daughter.  Next up its – the ladies both the deadly and the beautiful – once a powerful Earth Mother Goddess – The Baba Yaga – with the coming of Christianity is demoted and regulated to the realm of Folklore. A special place of the imagination where the ogres /witch thrives and becomes the prototype for the fairy tale Witch who lives in the forest. And last but not least …Jack plays storyteller and recites the tale of Wassalisa a spirited young girl with a special doll she hides in her pocket. Endlessly abused by her step family – they decide to finally be rid of her and hatch a plot to send Wassalisa deep into the forest to the hut of the Baba Yaga in a perilous quest for fire and light.