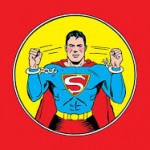 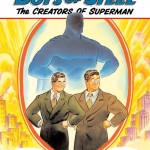 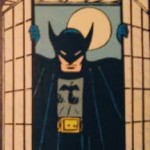 In this year’s two part summer show extravaganza, Jack “The Agnostic” Garcia a noted authority on Gold and Silver age pulp-fiction magazines and comic book publications presents the definitive guide on the founding and evolutionary development of DC Comics, the cornerstone company of the modern comic book industry. From the artists, writers and visionaries (Jerry Seigel, Joe Shuster, Bob Kane, Vin Sullivan, Gardner Fox, Maj. Malcolm Wheeler Nicholson -etc) who worked feverishly on early classics like Adventure Comics, Action Comics and Detective Comics. To the creation in the late 1930’s of the legendary costumed superhero characters – Superman (The Man of Steel) and Batman (The Dark Knight) that would spawn countless imitators and ignite the Golden Age Superhero boom of the 1940’s.
9 tracks hit fwd to advance 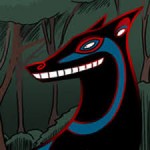 In the third volume of the ongoing and popular GRR series, Jack “The Agnostic” Garcia recites six tribal tales about the Cosmic clown, creator and Trickster Coyote, stories from the Sioux, Ponca, Caddo, Zuni, Kalapuja and Wasco peoples.
In these sacred tales Coyote plays an important role in the origin of death, the placing of the stars in the sky, the stealing of the sun and moon and the bringing of water to humanity. Jack also recites two of Coyotes many darkly humorous sexual adventures, in which the divine Trickster almost loses his balls to the Spiderwoman skinning knife when she desires his family jewels for her husbands supper. Coyote also encounters an evil witch and her two beautiful daughters who are cursed with the gynecological condition known as Vagina Dentata and who are very eager to sink their “Teeth” into him.