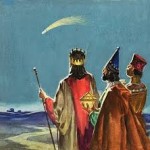 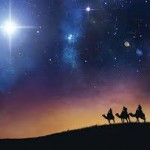 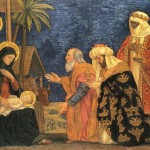 In this years Christmas holiday special , Jack “The Agnostic” Garcia examines The Magi (The Wise Men) and the celebrated celestial event known as The Star of Bethlehem. Jack digs deeply into ancient and obscure texts to present a portrait of who and what the mysterious Magi actually were and investigates the celestial event itself. A spectacular beacon of light in the night sky that compelled The Magi to journey from their home in the east across the desert and into the Holy Land. The Star of Bethlehem was only one among many well documented celestial fireworks found within the records of ancient Babylonian , Hindu and Chinese astronomers / astrologers whose writings testify to the fact that many strange and wondrous things were happening in the night skies during the years 8 to 1 BC (The time of Christ’s birth).