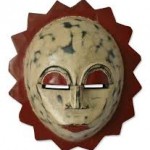 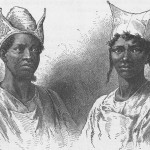 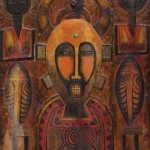 In a special two part program folklorist and mythologist extraordinaire, Jack “The Agnostic” Garcia (who is often referred to as the heavy metal Joseph Campbell) examines the rich and diverse myths  and legends of the birthplace of humanity and the Mother to us all – The continent of Africa. In Part 1 , Jack focuses on the creation myths of many different peoples – from the sacred stories of the Yoruba of Nigeria in which the supreme God Olorun and his vassal God Orishnala – set the cosmos into motion by tossing a snail shell (the symbol of female genitalia,conception,pregnancy, birth and the fertile waters of the sea) that is filled with a magical dirt from the heavens bringing all plant and animal life into being. To the tale of  the Dogon peoples of Mali -in which a cosmic egg known as Amma vibrates seven times then bursts open to reveal the creator spirits called Nommos who then get busy building the universe plus many other creation myths from the Bambara, Kuba -etc.  Next Jack examines the multicultural myth of the origins of human sexuality and the many diverse sacred stories about the arrival of death into the world and in conclusion Jack recites the beautiful story of Marwe from the Wachanga peoples of Kenya, in which a young girl in an act of remorse and desperation drowns herself ending up in the land of the dead , where  she gains wisdom and riches as well as a handsome husband upon her return to the land of the living.