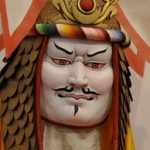 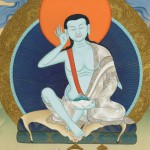 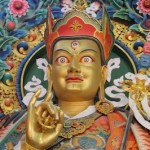 Jack “The Agnostic” Garcia concludes GRR’s epic Tibetan trilogy by playing storyteller and reciting some of the indigenous Shamanic Bon religions , myths and legends including the creation of the universe and the dawn of humanity. Next up, Jack explores the flowering of Buddhism in Tibet ignited by such Buddhist Saints as Padmasambhava , Marpa and Milarepa and also gets into the tales of the greatest mythical hero of Tibet – King Gesar, a combination of King Arthur, Merlin the Magician and Hercules rolled into one, who is sent down to Earth by the Gods in order to fight evil and injustice.  Jack then examines the enduring western myth about Tibet, the hidden Holy City of Shangri-La  , a type of repository for wisdom and knowledge as the world marches towards destruction.  And last but not least – Jack explores The Book of The Dead , and acts as a tour guide through the various stages of the death experience providing a unique vision of what may be awaiting us all when we shuffle off this mortal coil.