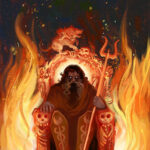 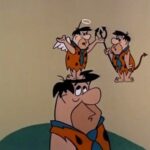 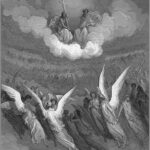 First off its the classical Gods of Greece and Rome and the official religion of the city-states (or Polis) which offered no salvation , no hope for a happy afterlife and no escape from death and the shared fate of humanity (Hades the Underworld). This sense of doom and gloom , a sad human dignity and tragic destiny would find a luminous expressions in Helenistic art and literature.  Next up, its the mystery Cults that invaded the Roman Empire , promising the forgiveness of sins and the possibility of everlasting spiritual bliss. But… only to those who have been initiated in the sacred , esoteric knowledge and wisdom necessary to achieve salvation. Cult devotees believed the soul to be of celestial origin and immortal and that only they held the key to eternity. And last but not least…its Christianity – the salvation religion par excellence. Which may have originated in Judaism but was also highly influenced by the diversity of spiritual ideas floating around the Greco-Roman world – including such philosophies as Astralism, Gnosticism, Heremeticism and Neo-Platonism.