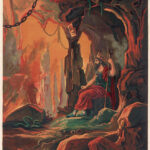 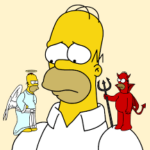 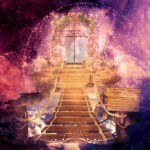 In the first installment of an amazing three part mini series -Jack “The Agnostic” Garcia digs deeply into the widespread and diverse belief that deities rule the universe via a series of divine laws that preserve order and harmony and those who transgress must pay in this life or the next. First off, its the land of the Nile where the earliest written evidence can be found that people believed that an individuals well being in the afterlife could be jeopardized by wrong doing (Sins) they might have committed while still alive and breathing. Next up, its the land of the fertile crescent (Mesopotamia) whose people did not believe in the possibility of salvation or a happy afterlife since to them death was final and the underworld (Kurnugia) was a gloomy , dusty land of no return. Then its the ancient Israelites who at first believed only in the possibility of personal salvation in this life only at least until the concept of resurrection and final Judgement emerges in Hebrew thought circa the 2nd century BC and changes everything ….forever. And last but not least its Zorastarianism the ancient religion of Iran (Persia) that features a highly influential concept, that humanity is involved in a cosmic struggle between the forces of Good/Light & Evil/Darkness . And that each individual must make a fateful choice and align themselves with one or the other and thereby choose their eternal destiny.