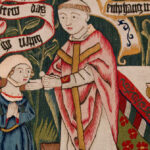 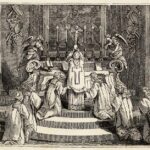 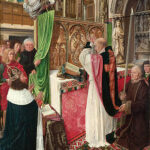 In God Rock Radio’s second Easter Special and companion piece to History & Mystery of The Eucharist (GRR#90) – Jack “The Agnostic” Garcia examines the evolution of the Christian Mass or Eucharistic Worship service.  First off, its the early Judeo-Christians who relate the presence of Christ in what they called the Lord’s supper and link the bread and wine to their sacred ritual gathering or communal meal. Then its the early Church Fathers who formulate a more whole or complete ritual action and The Mass switches from Greek to Latin and takes on elements of Gallic ritual and ceremony. Up next, the Middle Ages when the role of the Laity in Eucharistic Worship changes from active participation to passive adoration as the spectacular cathedrals increase the distance between the main altar and the congregation. Then its the Protestant reformers who ex-communicated from Catholicism are now free to reinvent The Mass while the Catholics in response begin a counter reformation that zealously stimulates painters,sculptors ,writers, musicians and architects. And last but not least its the snail paced change in Catholic Worship that is sparked off by 19th Century monks who investigate dusty and moldy archives , restore Gregorian chants to celebrations and spark off a debate within the Catholic world that is still raging on two centuries later.
5 tracks hit forward to advance.