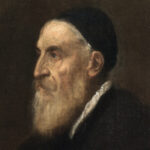 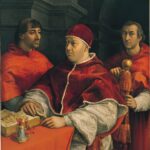 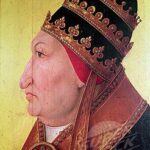 In part 2 , Jack “The Agnostic” Garcia continues his epic examination of the puzzling enigmas and mysteries of Renaissance art. Deciphering some of the great mythological masterpieces from such artistic luminaries as the ethereal Botticelli, the playfully impish Bellini and the sensuously seductive Titian. Then its the flowering of art and culture in the princely city of Florence, Italy. The intellectual center of Renaissance Europe. A liberal haven ruled over by the Medici dynasty, who claim descent from the goddess Venus and run the cosmopolitan metropolis as a type of benevolent dictatorship, that protected writers, thinkers and artists from church scrutiny and possible retribution. Next up its the stern Dominican friar – Savonarola , a preacher of political frankness and emotional intensity who denounces the church as corrupt and laments the materialism of the Medici clan. his combination of revivalism and fundamentalism soon gains steam and spreads across Italy. And last but not least … its the Borgia Pope ( Alexander VI) whose sexacapades and administrative skills would become the stuff of Renaissance legend. Blessed with endless energy (in more ways than one) the cunningly ruthless Spaniard proved himself a more than able Pontiff and restored much of the church’s power and glory after decades of division and weakness.