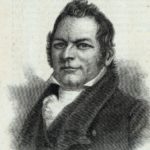 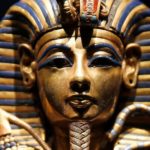 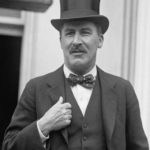 In the conclusion to the seasons two part Halloween special celebration , Jack “The Agnostic” Garcia recites one of the most  twisted but true New York City tales that you are ever likely to hear.  And then travels back to ancient Egypt to examine the legendary Curse of King Tut’s tomb.  First off , its a trip to NYC in the 1820’s , a time when Manhattan Islands southern tip is bursting at the seams with new people and new buildings . Over developed to the point of sinking into the sea – New Yorkers feel a sense of urgency , and since it was an era of great discoveries and inventions a solution to the massive problem is found. Saw Manhattan Island into two halfs , a scheme concocted by two enigmatic and mysterious characters, Lozier & Devoe.  Who think up the idea in a flash of demented genius and then convince   the mayor and the public that it can be done.  Next up, Jack crosses the sands of time back to ancient Egypt and the days of King Tut , examining the importance of magic, spells ,amulets and curses in Egyptian spirituality and religion and their use in mummification rites, rituals and funerary ceremonies. And last but not least – its the curse of King Tut’s tomb – as ace archeologist Howard Carter inserts a candle through a small hole and everywhere he looks he sees a glint of gold. Within 7 years of the finding and looting of the boy kings tomb 23 people associated with the discovery had died premature and mysterious deaths- a fact that cannot be easily explained.