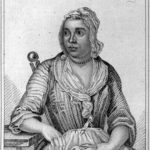 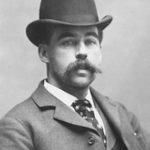 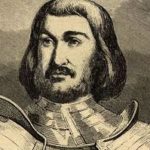 In this season’s two part Halloween special – Jack “The Agnostic” Garcia recites four twisted but true tales dripping with comedic gothic horror and bone chilling terror.  First off, its the Bunny Mommy – Mary Toft who becomes a sensation in merry olde 18th century England when she claims to have been sexually assaulted by a 6 foot tall jack rabbit.  Months later Mrs Toft begins to pop out baby bunnies from her womb at an alarming rate.  Next up, its the Sawney Beane family – an incestuous clan of thieves and cut throats who ravaged the 17th century Scottish coast.  The child like Beanes not only robbed and killed their victims , but also butchered and ate them.  Feasting on the body parts in their hidden underground lair.  Then Jack travels to 15th century France to examine the life and times of unhinged knight – Gilles de Rais, a mega wealthy aristocrat and right hand man to Joan of Arc. Who upon the capture and execution of  the saint , runs amok in an unbridled orgy of sex, black magic and death.  And last but not least , its the scheming and scamming psychopath – H. H. Holmes who builds his very own chamber of horrors, a Poe-like Castle of Death filled with secret rooms, hidden vaults and torture devices. Just in time to rent out rooms to pretty young ladies in town for the 1893 Chicago World’s Fair.