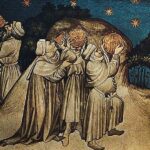 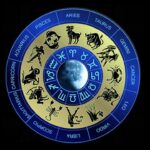 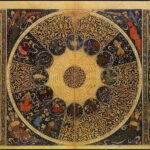 In The GRR season #12 premiere -Jack “The Agnostic” Garcia zig zags his way through the latitudes and longitudes of space and time and chronicles the mysterious origins and extraordinary development of the mystic art of astrology. First off, it’s the land of the fertile crescent (Mesopotamia) as the Sumerians endlessly search the night skies in a quest to fully understand the secrets of cosmic harmony and divine celestial order. Linking the planets and stars to their own supreme deities, they formulate a mystical system of divination. Up next, it’s the Hellenistic world as the Greeks who not only loved astrology but democratized it, start to develop theories on the place of humanity and the celestial bodies in the universe. Then its the ancient Israelites who much to the surprise  of modern day scholars and historians , sometimes placed beautiful mosaics of the zodiac in the center of their synagogues . Perhaps as a testament to the presence of God among the planets and stars. Next up, the Roman empire who import astrology from Greece and make it their own, even contributing the names of the planets still in use today. Then its off to Asia , where the Chinese develop their own elaborate system – one which associates each year with a particular animal. And India whose astrologers use Hellenistic techniques but infuse Indian social values and spiritual beliefs into the astral mix. And last stop…the Americas , where pre-Colombian stargazers sat patiently watching and calibrating the movements of the supreme celestial bodies. A serious and sacred task since the calculations decided the correct time for their blood ritual sacrifices.
5 tracks hit forward to advance.