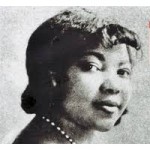 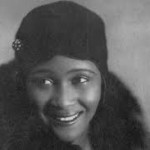 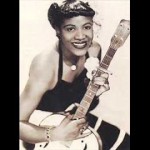 Noted music historian Jack “The Agnostic” Garcia continues his examination of the often neglected Blues women who gave birth to the genre on 78 RPM recordings , and then were pushed aside by the emergence of the folk blues men who would then dominate the scene. In part 2 – Jack examines the next generation of women blues performers who would stay close to the blues singers like Lil Johnson who would flourish for a brief time in the hokum and dirty blues subgenres using food metaphors for sex and double entendre to great effect, leaving little to the imagination. Other performers like Memphis Minnie and Victoria Spivey would make the successful transition from the Delta blues style to the nightclub blues style of the 1930’s and 1940’s. Next up, it’s another wave of blues women like Wee Wee Booze , Sister Rosetta Tharpe , Big Maybelle and Big Mama Thorton who blended the flamboyant gospel singing style with swing , boogie woogie and jazz paving the way for the birth of rock n roll. And last but not least its the Queens of the Chicago blues style – Koko Taylor and Etta James who with a hybrid mix of blues, funk and rock recorded and toured endlessly for decades bringing the music of the blues to the entire world.