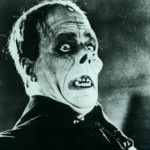 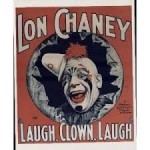 Jack “The Agnostic” Garcia, an expert on Silent cinema presents the definitive program on the life and work of the great Lon Chaney. Born to deaf-mute parents, Chaney grew up in a world of silence, developing the art of pantomime to an unrivaled majesty. In film after film, Chaney with the help of his Pandora’s Box-like makeup kit, portrayed a series of tortured Christ-like characters who endured their suffering on the silent Silver screen with an almost divine grace. Jack gets into deep analysis of all of Chaney’s horror films including the 10 movie collaborations with the weirdly gifted director Tod Browning ( a cinematic master of the morbid and macabre).